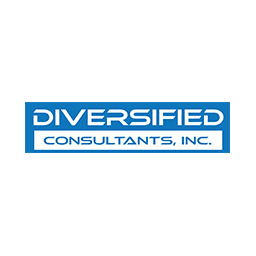 What is Diversified Consultants & Why are They on my Credit Report?

Diversified Consultants, also known as DCI, is a collections agency that may show up on your credit report. Collections agencies typically appear on credit reports because of overdue bills. If you have a bill that you haven’t been able to pay, the company you owed money to may have sent your bill to DCI.

Diversified Consultants may appear as DCI Collections or just DCI on your credit report.

Collections can damage your credit score unless they are removed.

Is Diversified Consultants a Real Company?

Yes. DCI is a legitimate company founded in 1992. The company is headquartered in Jacksonville, Florida and is one of the largest debt collection agencies in the United States. DCI employs more than 1,000 people. In 2019, they brought in more than $60 million in revenue.

DCI specializes in debt collection for the telecom industry, including internet, phone, utility and cable companies.

The company may appear under many different names, including:

DCI’s address may appear as:

Although headquartered in Florida, other offices are also listed for DCI, including those in:

The Company Have Numerous Complaints

Diversified Consultants have been reported to no longer be in operation, according to the Better Business Bureau (BBB). The company is not BBB accredited.   However, we have had hundreds of consumers still report seeing them appear on their credit reports as late as 2020.

On their BBB profile page, the company has a rating of 1.5 stars and:

Consumers have several issues with DCI, such as:

Should You Pay DCI?

Many consumers complain that DCI calls incessantly or harasses them. They also complain that they are accused of owing debt that is not theirs. However, when you are the victim of harassing phone calls and threats, it’s tempting to give in and pay debts.

If you in fact owe the debt you are being accused of owing, you may feel that paying DCI will take care of the problem and remove the collections from your credit report.

However, some consumers have complained that even after paying off the debt, the collection is not removed from their credit report.

It’s also important to remember that collections will have a negative impact on your credit score, and it can continue to impact your score for up to seven years, even after paying off the debt.

Still, it’s important to take steps to remove DCI, or any other collections agency, from your credit report. Having a collection on your record may prevent you from taking out loans, such as a mortgage or an auto loan.

A collection is a red flag to lenders and indicates that you were unable to pay your bill. This can be particularly frustrating if the debt was not yours in the first place.

How to Deal with Diversified Consultants

Before you give in and pay the debt, it’s important to make sure that it’s actually your debt. Remember, many consumers complain that DCI accuses them of owing a debt they do not owe from a company they have never dealt with before.

You must act quickly if you want to validate the debt. You only have 30 days from the date DCI contacted you to send a debt validation letter. If you send this letter after the 30-day mark, you may not receive a response from the company.

But even when sending the letter within the appropriate timeframe, many consumers have stated that DCI never replied to their request.

Debt validation is crucial. States have different statues of limitations for debt collection, and a debt validation letter will require DCI to supply the date of your debt.

Another option when dealing with DCI is a pay-for-delete arrangement. As part of this agreement, Diversified Consultants will delete the collections from your account in exchange for paying the debt.

If you decide to go this route, it is imperative that you get the agreement in writing. A verbal agreement over the phone is not sufficient and may not hold up in court if you have to take legal action against DCI for failure to comply with the arrangement.

If you see Diversified Consultants on your credit report, don’t panic. The collection agency is legitimate, and although aggressive, will typically honor agreements in writing for debt payment and collection removal.